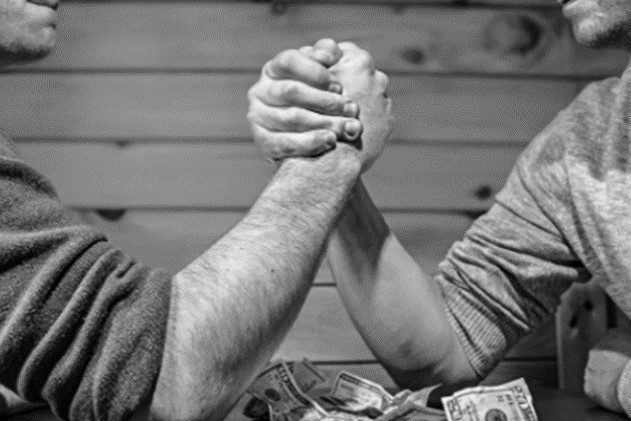 This isn’t your normal run of the mill ‘top crowdfunding campaigns’. Oh no! We go into far more detail, looking at why they were successful and what they did that gained that extra push over everyone else. What you find may surprise you.

Oculus rift is one of the very first Virtual Reality headsets created. Back in 2012 (when the campaign first begun) VR was an emerging trend, with many people not knowing what VR was about, but there was a trend and thirst for a technology that gave a hint of the future. This is clear by the 2757 backersin the first day of the campaign.

That is what makes this campaign particularly interesting, it was a pioneer. Whilst the first VR headset was created back in 1968 by computer scientist Ivan Sutherland, Oculus rift was the first publicly endorsed and used product of its type. It was even bought by Facebook in 2014 for $3 Billion.

However, the campaign pre-launch was not all that spectacular. There were no social media competitions or trending hashtags, no videos that were made outside of the original promotional one on Kickstarter. It looked as if they were trying very little to get their 9,522 backers. That is because they put all their focus on getting the right sort of coverage.

Oculus targeted sites and magazines that had a solely gamer or tech target audience, such as arsTECHNICA, The Verge and CNet all of which have a combined audience of over 14.03 million people, and that’s only three of the sites that gave them coverage.

Oculus hopped onto a trend and rode the wave to create a 974% funding increase on their original goal. With this campaign it was all about timing and offering their audience a taste of the future. Which they delivered.

Oculus rift now have two versions of their headset and are releasing constant updates to their hordes of brand evangelists.

Before the phenomenon of what we know as the fidget spinner, there was another viral trend of the fidget cube. The fidget cube is what the name suggests, a six-sided cube that has a satisfying activity on each side. This was developed for all those people that annoyed their teachers whilst flicking their pen lids in class, or for those that loved to pop bubble wrap (and who doesn’t!). This was the brain child of Matthew and Mark McLachlan, designed for everyone.

Similar to Oculus, their campaign was less about how active you were and more about the people you knew. They were getting coverage from all over the world from Quality Digest, CNBC and even Forbes. They used the power of others to raise over $1 Million in a week of the campaign going live.

The campiagn dominated #fidgetfever, turning a source of venting frustration into a place where that frustration is solved, converting all participants into customers at the same time. Unfortunately, lots of fakes were made before the campaign had finished, causing the McLachlan’s to do some issue management to make sure their customers knew it wasn’t them.

What is particularly interesting to see is that they didn’t get the coverage for their cube until 10 days into the start of their campaign, when the fakes began to flood the market. Whether or not this was a PR stunt from the fidget cube creators is unknown, but if it was, it worked. It became a huge news story, giving them the earned coverage they needed to shoot their campaign sky high.
Fidget cube is still releasing different variations of their product. However, it is hard to tell if they are the originals or not due to the number of fakes (the irony).

This campaign was not chosen for its originality as it’s a unicorn copycat of the original idea, Exploding Kittens. However, they connect to their audience better than most campaigns we see. Unstable Unicorns is a card game that you play with friends, with illustrations of unique unicorns on each card.

Much like Oculus rift, they saw a trend and grasped it with both hoofs. In recent years unicorns have taken the world by storm. The children in my family even have a secret unicorn club (of which they do not allow me in…).

Unstable Unicorns involved their audience in the creation of the product itself. They live streamed their illustrator designing the cards from scratch and took ideas from the 598 people watching the live stream. They then posted a recorded version on their Kickstarter page for the rest of their backers to see.

A hilarious social media campaign further solidified their 2884% increase of their goal. They asked people to pose as the characters on their cards and post it on twitter with #selfiecorn. They combined unicorns and selfies, no wonder they are doing so well!

Having gained 4401 backers at the start of their campaign, they funded the project within 24 minutes of it beginning. Even though the close date is today (11/09/2018)!

Charlotte Sherwood About the author